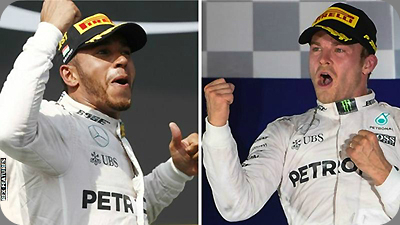 On 11. August 2016., "Nightfall", member of the Astrologers' Community Forum in the Sports Astrology section, asked this question:

"Who is going to be the champion this year, Hamilton or Rosberg? I'm a Hamilton supporter and I want him to win against Rosberg, if that helps."

At the time when he asked the question Hamilton had 217 points while Rosberg had 198 points.

As "Nightfall" did not post a chart for his question, I cast the chart for the date, place and time when I understood his question:

So, Hamilton is represented by the ruler of the 1st house, Mars. This is because of the supporter's identification with him (I am his fan). Rosberg, as his opponent, is represented with Venus, 7th house ruler. Taking accidental dignities into account, we see that Venus has an advantage. Next, Venus is fast, Mars is slow. For this sport, where victory is determined entirely by speed, the speed of the ruler is very important, so this is one more testimony which favours Rosberg! Next, Venus is in conjunction with N.Node! A significator conjunct the North Node is greatly strengthened, so, I think Rosberg will be the champion F1 2016 !