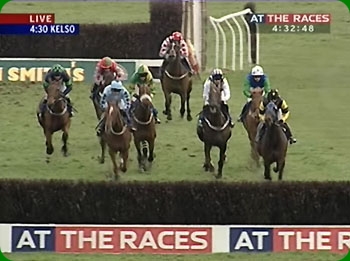 How do we predict who will win a horse race? Many people place a bet simply by choosing a name that they like or by which jockey's colours appeal to them the most! But by using a few astrological techniques, we can predict the winner with greater accuracy!

Information about every horse running at the course can be found in the race programme, which is usually available from a point close to the entrance. For this particular race, it will look similar to the table below:

There are several methods for picking the winner astrologically. On this occasion, I used John Addey's system:

Here is the event horary chart cast for the date, time and place where the race was to be held:

Look at the chart! The cusp of the 5th house is at 5Cap14 and the first planet it aspects is the Moon at 8Ta51! The Moon is a female planet and the sign of Taurus is also female. So, first of all, the winner is a mare! In this race, there were only two mares!! One was called Royal Glen and the other was called Great Jane. As the Moon is in its exaltation, sign of Taurus, "Great" seems to fit better than "Royal". If, on the other hand, the cusp of the 5th house had aspected the Sun first, "Royal" might have been a better fit.

So, my prediction was that the Great Jane would win , although the betting forecast did not agree!