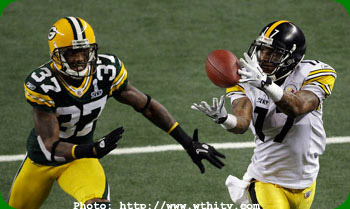 The Super Bowl is probably one of the most important sporting events in a calendar year in the United States. It is always a big event and a spectacle not to be missed. It is the championship game between the champions of the American Football Conference (AFC) and the National Football Conference (NFC). Super Bowl 2011 is scheduled for the 6th of February, 2011 and the selected venue for the game is the Cowboys Stadium in Arlington, Texas. Super Bowl 2011 is the first instance for the championship game to be played in the Dallas Fort Worth area on February 6, 2011. Start time is slated as 6:30 pm EST.

This year the Green Bay Packers will face the Pittsburgh Steelers in Super Bowl XLV after both held off a late charge from their opponents to win their respective NFL conference championship games. Packers will be making their first Super Bowl since winning it in 1997 and only their second since the taking the first two in 1967 and 1968. The Steelers, who have won a record six Super Bowls, are back for their third in six years, having won both the previous in 2006 and 2009.

This is the event horary chart cast for the date, time and place where the match was to be held:

After looking at the chart I left my prediction that Green Bay Packers will win the Super Bowl XLV on the Horary section of the Skyscript Astrology Forum five days before the match.

I use the colour method to assign rulers.

As Green Bay Packers will wear dark green jersey this fits perfectly with Capricorn on DSC and ruler Saturn (dark green) in Li, so I would asign Green Bay Packers to DSC, therefore Pittsburgh Steelers would then be represented by the ASC ruler Sun.

What we have here in this chart? Accidental dignities for Sa=+3 for Su=+1, they are more or less equal, so we look who is stronger by essential dignity. Essential dignity for Sa=+13 for Su= -10. Wow! With so much difference in essential dignity in my opinion DCS team, Green Bay Packers must win! Sun, ruler of Pittsburgh Steelers, is peregrine and in sign and triplicity of Saturn, so Sun is in power of Saturn which is in the sign of it's exaltation! The team whose significator is in the sign of it's exaltation will take the field believing it is a teams of gods playing mere mortals. Such an attitude makes it more likely to win. In contest horaries, exaltation is stronger than sign rulership. Moreover, Saturn is in fall of Sun, so Saturn hates Sun and brings him harm.

After the match on the http://www.nfl.com website I read the following text: